← Wells Fargo – the Federal Circuit’s opinion was helpful but . . .
Santander – the taxpayer wins a STARS case (for now) →

Tax Court Judges Have to Play by the Same Rules

This particular news item didn’t attract a lot of attention back in April; not surprising, given all the news about politics, the upcoming NFL draft, and the start of the baseball season.  But one of the hot topics of conversation among tax practitioners was the announcement that Diane Kroupa, a former Tax Court judge, was indicted.  The charges include conspiracy, tax evasion, filing false tax returns, and obstruction of an IRS audit.  More details are available in the press release by the U.S. Attorney’s office and the indictment.  Everyone I’ve talked with about it was shocked.

Jack Townsend has some interesting comments on the technical aspects of federal criminal statutes, at his Federal Tax Crimes blog.  For non-lawyers, there are some different lessons from the case.  Where is all that tax evasion, anyway?  If you read/watch the national media, you may have the idea that most tax evasion is committed by multi-national corporations hiding profits overseas, or billionaire tax dodgers who use highly paid tax lawyers to get out of paying taxes.  Actually, studies have shown that one of the biggest components of the so-called “tax gap” – the difference between how much the IRS should collect and what it actually does collect – is from small businesses.  If your income comes from wages and investments, the IRS has information that their computers can compare to what you report.  But they can’t do the same easily with small businesses.

Of course, the IRS knows all of that.  It’s one reason that filing a Schedule C probably increases your chances of being audited.  And when the IRS audits you, the burden of proof is on you.  You have to provide documentation to satisfy the auditor – who is probably skeptical coming in – that your deductions are legitimate and that you have a good explanation for any money you received that doesn’t show up on your tax return.  Most of the problems with Judge Kroupa’s returns, according to the government, involved deductions claimed for her husband’s consulting business.

The rich and/or powerful are less likely to receive lenient treatment than you might think.  The IRS doesn’t want to give the perception that they are only tough with the little guy while the rich & powerful can get away with anything.  The federal tax system relies on voluntary reporting, because the IRS will never have enough resources to audit a large percentage of tax returns.  People are less likely to think the system is fair – and more likely to justify their own tax evasion – if they think the rich & powerful aren’t paying what the law says they should.

In fact, the government may even be harsher when dealing with the rich and powerful.  Publicity about people who were brought up on criminal charges can help deter other taxpayers from evading taxes.  So the Department of Justice routinely issues press releases on indictments and convictions for tax evasion.  Of course, if you or I were indicted, those press releases may not get much attention.  But if it’s a former Tax Court judge – or a celebrity like Wesley Snipes – people pay attention.

For those of us who remember Watergate, the last lesson will be familiar:  the cover-up is worse than the crime.  When I talk to clients who haven’t filed tax returns at all, or are being audited, sometimes they are concerned about exactly how much trouble they face.  In fact, criminal charges are fairly rare.  If you admit your errors and are contrite, you may have to pay substantial penalties in addition to the additional tax, but you usually won’t have t worry about going to jail.

But hiding the truth and making it harder for the IRS to detect can increase the odds of being charged with tax evasion and obstructing the IRS.  The government alleges some fairly egregious behavior by Kroupa and her husband, to misrepresent the facts so that the IRS wouldn’t realize that the deductions claimed were invalid.  For many taxpayers, the best approach is not only “don’t lie” but also “be forthcoming and admit it.”

Of course, that works for most taxpayers because they can at least plausibly say that they thought they were reporting their taxes properly.  But Judge Kroupa, as a former Tax Court judge, is expected to know the rules.  The obstruction definitely made things worse, but there may have been no way to avoid criminal charges once the audit began.

The shocking story about Judge Kroupa has some lessons for everyone. 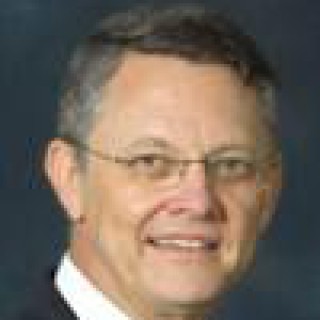